Team
A team of biotechnology specialists focused on the development of diagnostic tests for neurodegenerative diseases. 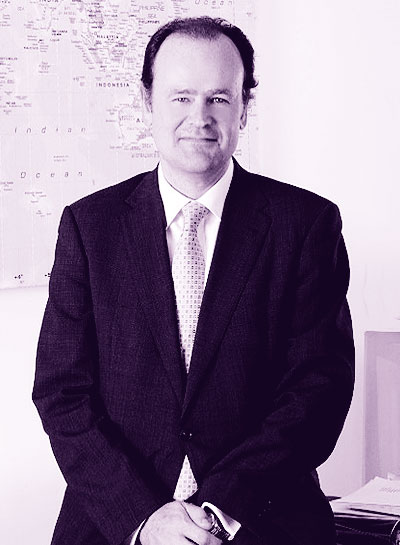 Pablo Cabello Albendea is the Scientific-Technical Director of CRB Inverbío. He holds a bachelor’s degree in Biological Sciences from the Universidad Autónoma de Madrid, where he also completed his postgraduate education in Human Genetics. He specialized in Molecular Genetics at the Centre of Human Genetics, Université Catholique de Louvain (1989-1990).

He began his career as a biologist working in the area of human health through his participation in the Spanish Collaborative Study of Congenital Malformations (ECEM, 1983). He worked in the Institute of Cellular Biology of the CSIC (1985) and in the Histopathology Service of the Hospital Fundación Jiménez Díaz (1986). He was responsible for the creation of the Molecular Genetics Laboratory at the Genetic Medicine Service of the Hospital Ramón y Cajal (Madrid).

An author and co-author of over 60 scientific articles published in specialist journals, he teaches courses in Clinical Genetics and is a founder of and partner in Cross Road Biotech. 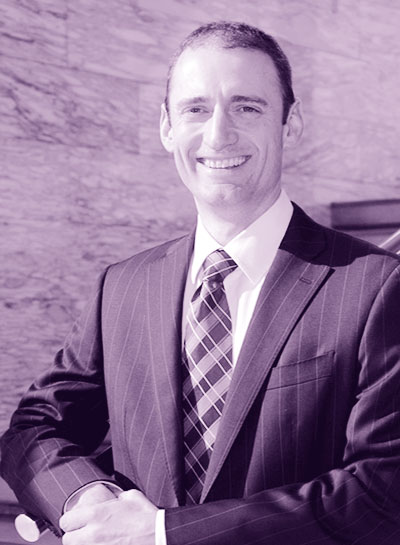 He currently provides operations expertise as a portfolio company CEO, board member, and advisor to VC funds, start-ups, and multinationals.

From 2012-2015, he served as Managing Director of Abbott Spain, leading the turn-around of the pharma division during the recent economic crisis. Prior to that role, Matt was instrumental in driving strategy and growth across pharma and diagnostics companies in Japan, Latin America, and the U.S.

A firm believer in giving back, Matt volunteers his time as a Scout Leader, sports coach, and mentor, and is a board member of various non-profit organizations. 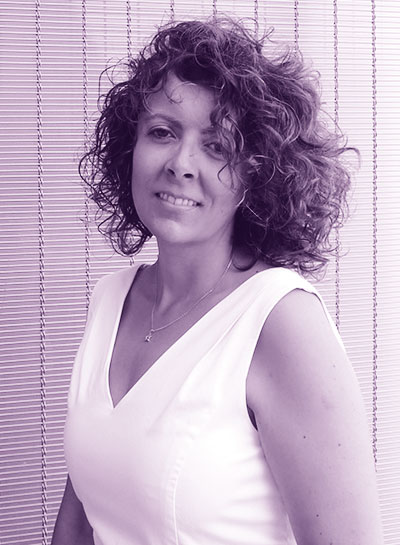 Isabel Jiménez received her degree in chemistry from the University of Granada, and has completed a Masters in Management of Biotechnology Companies at ALITER (Madrid), and an Executive Masters in Marketing and Sales at IE Business School (Madrid).

Over the last 10 years she has furthered her professional career in the field of molecular biology, specializing in diagnostic reagents and kits for PCR techniques as Area Manager at BIOTOOLS B&M Labs, S.A. (Inibsa Group) and later as Marketing & Sales Manager, responsible for national and international sales and promotion in over 20 countries.

She contributed to the internationalization of the company through the negotiation of major business deals. These include the signing of a $9M contract with the Brazilian Ministry of Health for the creation of an epidemiological surveillance network, involving technology transfer and the creation of 9 laboratories, and the development of a joint venture in India focused the creation of a local production center for expansion of the brand into the Asian market. In 2015 she joined the Biocross team as Business Development Manager to oversee the preparation of the company’s products for market introduction. 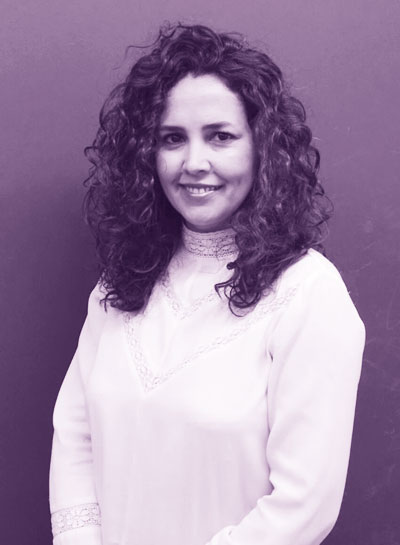 An economist with 14 years’ experience in tax, accounting, and tax procedures, she has complemented her expertise with experience in her the financial departments of several companies, working for 5 years as a tax consultant in an economist firm and in recent years occupying positions of financial responsibility in various companies in the biotechnology sector. 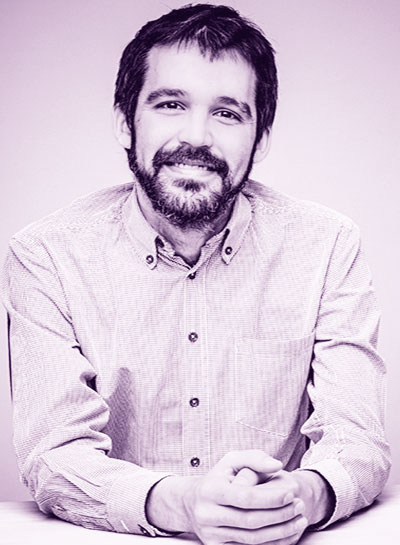 A Doctor in Biology (Universidad Complutense, Madrid, 2003) Sergio Veiga’s thesis, written at the Cajal Institute (CSIC), described the neuroprotective and myelinating properties of neuroactive steroids. Part of his thesis work was performed in the Universita degli Studi di Milano, with financial support from a Marie Curie grant. After defending his thesis, he was awarded a postdoctoral fellowship in the Cajal Institute.

This was followed by a second postdoctoral stay of 4 years at the University of California San Francisco (UCSF), where he studied degenerative processes following spinal cord injury. During the last 2 years of his stay, he was awarded a postdoctoral fellowship from the Craig H. Nielsen Foundation to finance his own line of research for 2 years. He has published 21 papers in international neuroscience journals. In January 2016 he joined the Department of Research and Development at Biocross S.L. as manager of research and development. 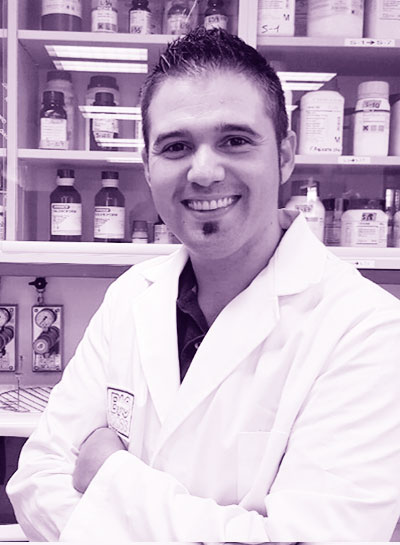 A medical laboratory scientist since 2003, Andrés Rodríguez has accrued extensive experience in the field of neuroscience since he joined Biocross in 2005. His experience in proteomics includes the fine-tuning and development of techniques including mass spectrometry (MALDI TOF, SELDI, MALDI TOF/TOF), ELISA, Western blot, and microarrays, as well as basic genetics techniques including RT-PCR and PCR.

He also gained expertise in DNA sequencing during his time working at the Sequencing Unit of the University Hospital of La Paz, Madrid (2004-2005). Since joining Biocross he has acquired further experience in the area of clinical trials, and worked as a CRA on clinical trial BCR-ALZ-2011. He is listed as an inventor on patent application number 15382537.7-1405. 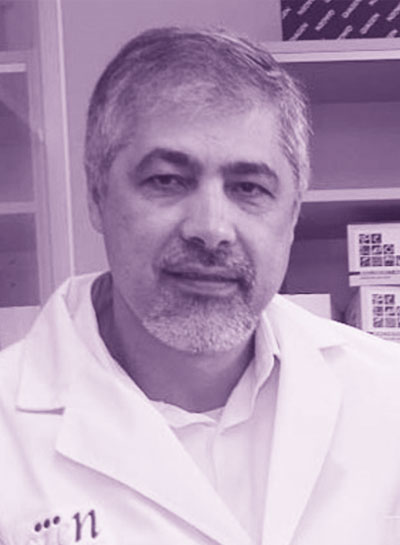 Miguel Calero holds a degree in Chemical Sciences (UCM, 1990), a PhD in Science (UAM, 1996), and a Masters in Direction and Management of R+D+i in Health Sciences (UAH, 2013). He is currently a research scientist at the Instituto de Salud Carlos III and CIBERNED, and director of the Chronic Diseases Program of the CIEN Foundation. He is the head of the national reference center for molecular diagnosis of human transmissible spongiform encephalopathies, a collaborator with the ECDC program for training and formation of microbiologists (EUPHEM), and a national expert in surveillance and diagnosis of human prion diseases for the ECDC.
An author of 94 articles with more than 3,000 citations and a h index of 28 (data from Scopus), his expertise is based on wide-ranging experience studying neurodegenerative disorders, mainly cerebral amyloidoses (including Alzheimer’s disease) and prion diseases (molecular diagnosis and characterization of the causal agent).

His current areas of research interest are i) molecular diagnostics; ii) basic research into genetic susceptibility markers and processing of amyloid precursor proteins; and iii) the molecular basis of conformational disorders including Alzheimer’s disease, prion diseases, and Parkinson’s disease. 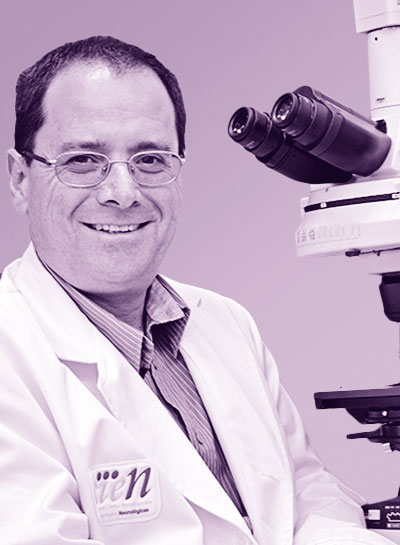 Alberto Rábano is a Spanish neuropathologist and neuroscientist who since 2009 has served as Head of Neuropathology and Scientific Director of the CIEN Tissue Bank at the CIEN Foundation (Research Institute for Neurological Diseases, part of the Carlos III Health Institute). From 1997–2009 he was Head of Pathology and Research Director of a University Hospital in Madrid, during which time he oversaw the development of 3 brain banks in Madrid, Murcia, and Salamanca.

During the bovine spongiform encephalopathy crisis he oversaw the neuropathological diagnosis of prion diseases in several regions of Spain, including Madrid, and formed part several governmental committees dealing with surveillance and biosafety issues. He has participated in several research ethics committees and is currently member of the steering committee of the National Platform of Biobanks in Spain.

He has received several media awards for the promotion of brain donation. His research interests center on diagnostic and molecular neuropathology of neurodegenerative diseases, biospecimen science and biobanking, and ethical issues related to tissue donation for research. He is author of 105 original scientific papers and 5 book chapters. 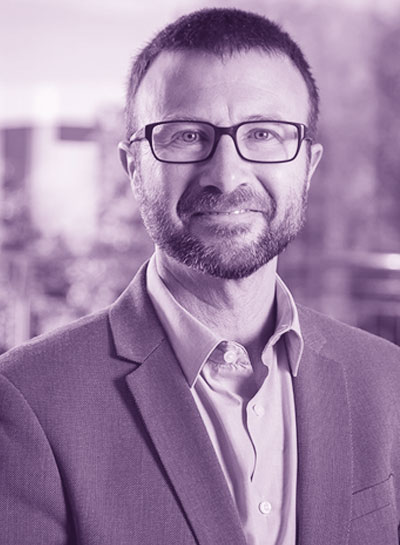 Neurologist; he undertook his MD degree at the UV, his neurology training at Hospital Clinic in Barcelona, and his PhD, on Parkinson’s disease, at the UB. He directed the Alzheimer’s disease and other cognitive disorders unit at the Hospital Clinic de Barcelona since 2003. He joined the Barcelonabeta Brain Research Center (BBRC) in 2014, where he is the Scientific Director of the Alzheimer Prevention Program.

He is a member of the European Alzheimer Disease Consortium, of the dementia panel for the European Association of Neurology, of the Alzheimer Biomarker Standarization Initiative (ABSI), the Spanish coordinator of the BIOMARKAPD of the Joint Programming on Neurodegenerative Diseases, part of the AD International Working Group, Subjective Cognitive Decline Initiative (SCD-I) Working Group and the NIA-AA network for developing new research criteria.

He is principal investigator of multiple clinical trials and research studies on AD and, with an h-index of 53, he has published over 300 international scientific papers that have been cited 11000+ times, several books and over 20 book chapters on neurodegenerative diseases. 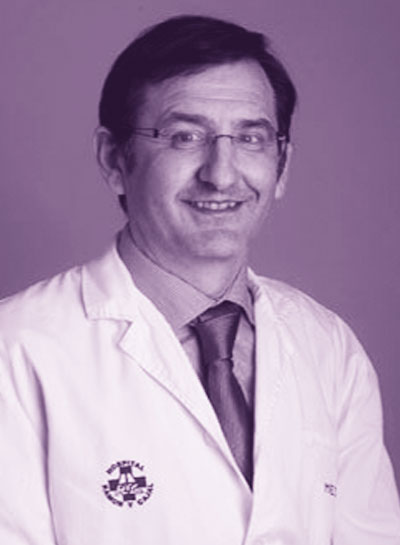 Neurologist, holds a degree in Medicine (UAM, 1998). He was a MIR at the Neurology Service at the Ramón y Cajal Hospital in Madrid until 1993. He has been an Area specialist at the Virgen de la Torre Hospital in Vallecas (Madrid) and at the Ramón y Cajal Hospital in Madrid. His specific training in behavioral neurology and dementias goes through several rotations among which stand out, the Beth Israel Behavioral Neurology Unit, Boston Hospital, Santa Creu and Sant Pau Hospital in Barcelona, ​​Alzheimer’s Unit and others cognitive disorders of the Hospital Clinic of Barcelona or at the University of Pittsburgh Alzheimer’s Disease Center.

He has participated as a principal investigator in more than 12 clinical trials related to Alzheimer’s disease with promoters such as Roche Pharma, Eisai Ltd., Novartis, Pfizer-Jannssen, Grifols, among others. He is the author of numerous publications and communications in congresses.

If you have any questions or comments,  we will be pleased to attend you

If you have any questions or comments,
we will be pleased to attend you